The diverter switch: bipolar and unipolar

In electrical engineering, a diverter switch is a particular type of control whose function is to divert the flow of current passing through it from one cable to another.
Aesthetically very similar to a switch, it differs from the latter in some specific characteristics and in the purpose of operation.
The substantial difference between these two controls is that the switch allows the flow of current to be interrupted by opening or closing a single circuit. The diverter, on the other hand, allows the current flow to continue by simply conveying it to an adjacent cable. Therefore, its function is to open one circuit or electrical system while closing another. Furthermore, as a configuration, the switch has two terminals, while the diverter switch has three.

This device is usually used in domestic systems to control and regulate the lighting in the home, or to perform specific functions within equipment such as a hairdryer.

Would you like to receive in-depth information and updates on the components of the lighting, HO.RE.CA, HVAC, Household appliance sector? Click on the button below and subscribe to the monthly double appointment with the SLIM newsletter.

Features and functions of the diverter switch

A control is defined as a diverter when positioned between two complementary circuits, its function is to open one circuit while automatically closing the other, and vice versa. An example is a diverter positioned on the handle of a hairdryer to select air flows of different temperatures. Pressing the button on one side, you have a flow of very hot air, while pressing the other side, you have a flow of air with a lower temperature.

This type of control, as with the switch, is available in both a unipolar and a bipolar version.
On the back of the diverter switch, depending on whether it is one-way or two-way, are the terminals to which the phase wires are connected. This determines the configuration of the device itself. Specifically, the unipolar diverter diverts a single line to one of the two lines, while the bipolar diverter diverts two lines to two lines.
There are also versions of diverters called multi-pole diverters, which are used to divert current to several wires at the same time.

The diverter switch is a component used both in domestic or industrial electrical installations and in certain applications, including household appliances. Depending on the purpose for which it is used, the bipolar diverter must have characteristics that make it suitable for use.
In this respect, consideration must be given to:

The diverter, like any other control, operates according to a precise electrical diagram.
In the case of a domestic system, in order to control a single light point from several positions, it is necessary to use the diverter coupled with a second diverter. In this case, the controls, once installed in the positions provided, will be able to switch on and off the light to which they are connected. To make this happen, the neutral is connected to the bulb, while the phase is interrupted by the devices. In order to supply current to the bulb and enable it to be switched on, two wires are connected from one device to the other.

In the case of a diverter switch that will be inserted as a component of a household appliance, the wiring diagram and the configuration of the device will be different depending on the function it has to perform.
Diverter switches, change-over switches, switches, push buttons and light indicators, although they may resemble each other aesthetically, have a specific wiring diagram that distinguishes them.

Are you searching for a specific product? Do not hesitate to contact us! 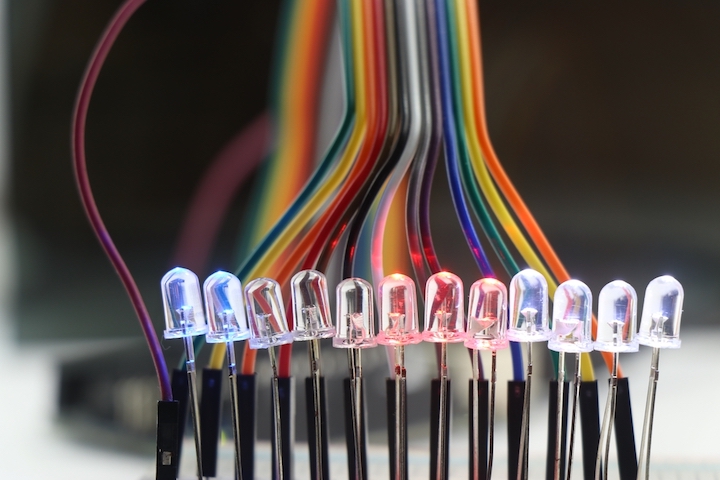 Lighting Technology: LED technology and its advantages and uses